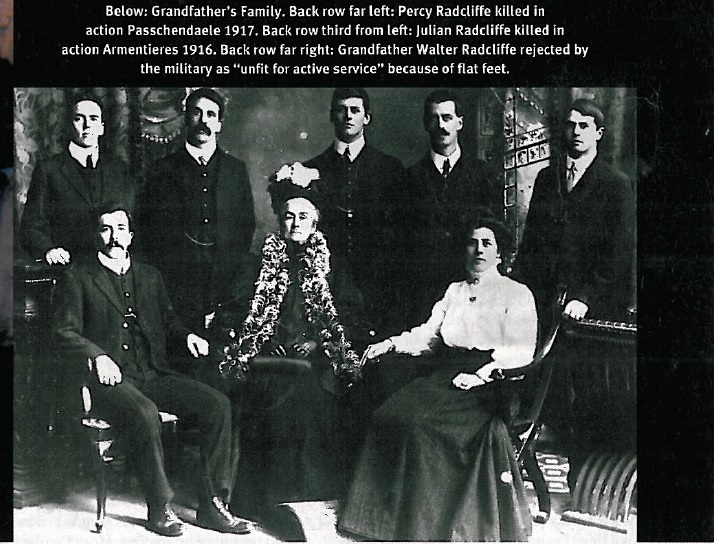 Unfortunately May was a very busy month for me. I had a lot of activities at school and because of that I was very late with my blog. Forgiveness to all, and I hope I'm more organized for June!

I want a moment to thank the nice people in my community for the support and encouragement they have offered. In particular I want to thank La Cloche; a French café in Wellington for their sponsorship. They were very generous and have been a great example of community spirit.

There has been a lot of new interesting ideas and a lot of new information regarding my project. Because of the article in the Wellingtonian, I was contacted by a member of the family of the Radcliffe boys. She has offered a wealth of knowledge about my project and photos of the family. I accessed  ' Papers Past' for more information and I visited the Archives New Zealand to access the wills of Percy and Julian. It was here where I found a lot of information about the relationships and friends of Percy and Julian.

I would also like to thank the Ngaio Medical Centre for their support and help with a donation for the trip. Also the Khandallah video store and Countdown Crofton Downs for helping me organise a sausage sizzle. People have been incredibly generous in my community whether it is me selling baking or doing a sausage sizzle people are genuinely interested in the project and are keen to help.

At the beginning of my project I decided to focus on two brothers from the Ngaio community; Percy and Julian Radcliffe. At this point however I was only aware of the two of them as they were both on the honours roll in my town hall and were the only noticeably related Radcliffes on the Cenotaph record. When I accessed the Wills of both Percy and Julian I discovered that they were two of 9 siblings (attached picture is of some of the members including Julian and Percy) and that another brother, Harold had also gone to war. This was confusing as I hadn’t been able to locate another relation on the Cenotaph records let alone a brother. Upon further digging I managed to find him, a relatively difficult job as his last name had been misspelled on his record.

Harold Radcliffe left with the Main Body of the New Zealand Expeditionary Force in October 1914. He travelled first to Suez Egypt and carried on to Gallipoli where he was involved in the ANZAC cove invasion. Born in 1881 he was 33 three at the time of his enlistment, by no means a young man in relation to the thousands of other New Zealand men who left with him. He survived the entirety of the war and was deemed no longer fit for service in January 1918 due to illness and wounds.  And he died in July 1962 in Palmerston North.

The family tree I have been uncovering shows a large family deeply ingrained into the middle classes of Wellington. Gracing the social pages in the papers with their weddings and events, they were part of a society class enjoying the exciting new developments in Wellington. The family moved to Ngaio before the turn of the century to take advantage of the brand new train line into the city. At the time this was a huge advantage for moving to the Northern Suburbs of Wellington and the Johnsonville train line was one of the main routes out of the city. It was a burgeoning community and the Radcliffes were some of the first inhabitants. Their house which according to the family was one of the oldest in Ngaio was demolished in more recent years to make way for town houses but the street was renamed ‘Radcliffe Close’, highlighting the importance of their family in my communities history.

The digging into the family’s past has also uncovered some interesting anomalies in terms of community honour rolls. How I first chose the men’s names was by looking on my primary schools honours board where I saw two brothers and thought it would make an interesting project. When the relative of theirs got into contact with me however I came across a different story. The boys and girls of the Radcliffe family went to either Khandallah or Thorndon schools not Ngaio as the board would suggest. This shows an interesting occurrence in historical research.  The matter of claiming soldiers to a particular community has always been difficult due to inaccurate records, the propensity for soldiers to not live in the communities they were born in, or whole communities being radically different or moving since their time. Ngaio School was not around until after the years that the Radcliffe boys could have attended however claimed them out of a sense that they were ‘Ngaio boys’. It is not so odd with most communities revolving at that time around the school or the church. History can do this; we may spend our whole lives seeing one small part of the picture, only to have a view changed by a phone call or a document. 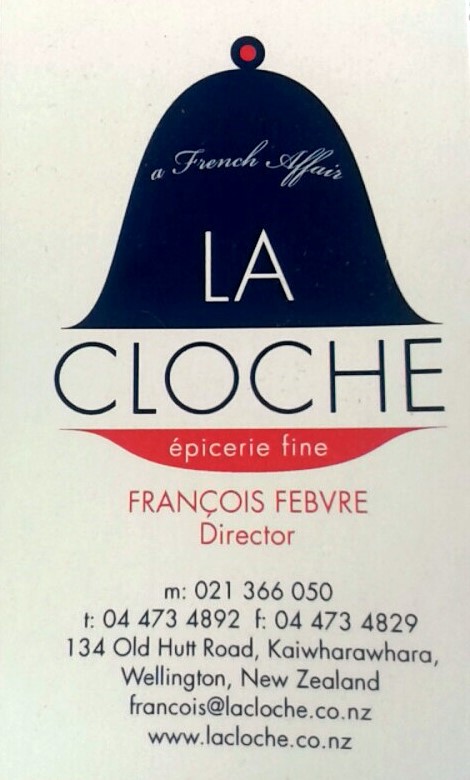 More in this category: « Connecting with my Community Un mois plein de beaucoup des choses »
Login to post comments
back to top