May was a very busy month for me, so unfortunately I haven’t been able to devote much time to developing my inquiry.  However, at the end of the month I was very lucky to be able to meet up with Emma, Ailish and Pascale for lunch.  It was really great to catch up with Emma and Ailish again, and so nice to meet Pascale face to face!  I also had a Skype call with Ruth; it was lovely to be able to meet her before we all get together on the 12th of June.  Speaking of which, not long until all of us Young Ambassadors will finally meet each other in the flesh!  I am so excited to get to know everyone during the day and at the French Embassy in the evening.  The days are also slipping away before we leave for France - I can’t wait!  I am looking forward to having a window of summer in the middle of this cold snap in the deep south. 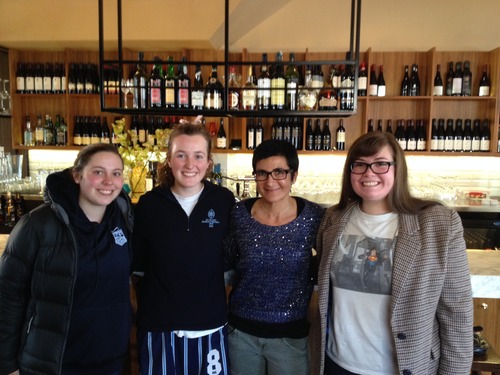 Out for lunch with Emma, Pascale and Ailish in Dunedin!

During my research, I learned about the Crawford family of Waikoikoi, West Otago, who had two sons go to WWI in the 17th reinforcements.  During the Battle of Messines in Belgium, the older son, David, was killed in action and the younger, Adam, was severely wounded.  Back at home, their mother also died, and all within the same week.  While this story seems incredibly shocking, unfortunately it was the fate of many families all over the world who had sons go away to the war.

At the time of his enlistment, David was employed as a farm labourer by his father and, like most men in the area during that time, he had served for the Kelso Mounted Rifles for two years prior to leaving for the Front.  Until he left for war, David had never been away from home.  According to an article published in the Tapanui Courier after hearing the news of David’s death and Adam’s casualty, “The Crawford brothers were the stamp of men that can ill be spared from the land”.  This shows the holes that were left in communities during the war, with the absence of the fittest men taking a great toll on society, especially in rural areas. 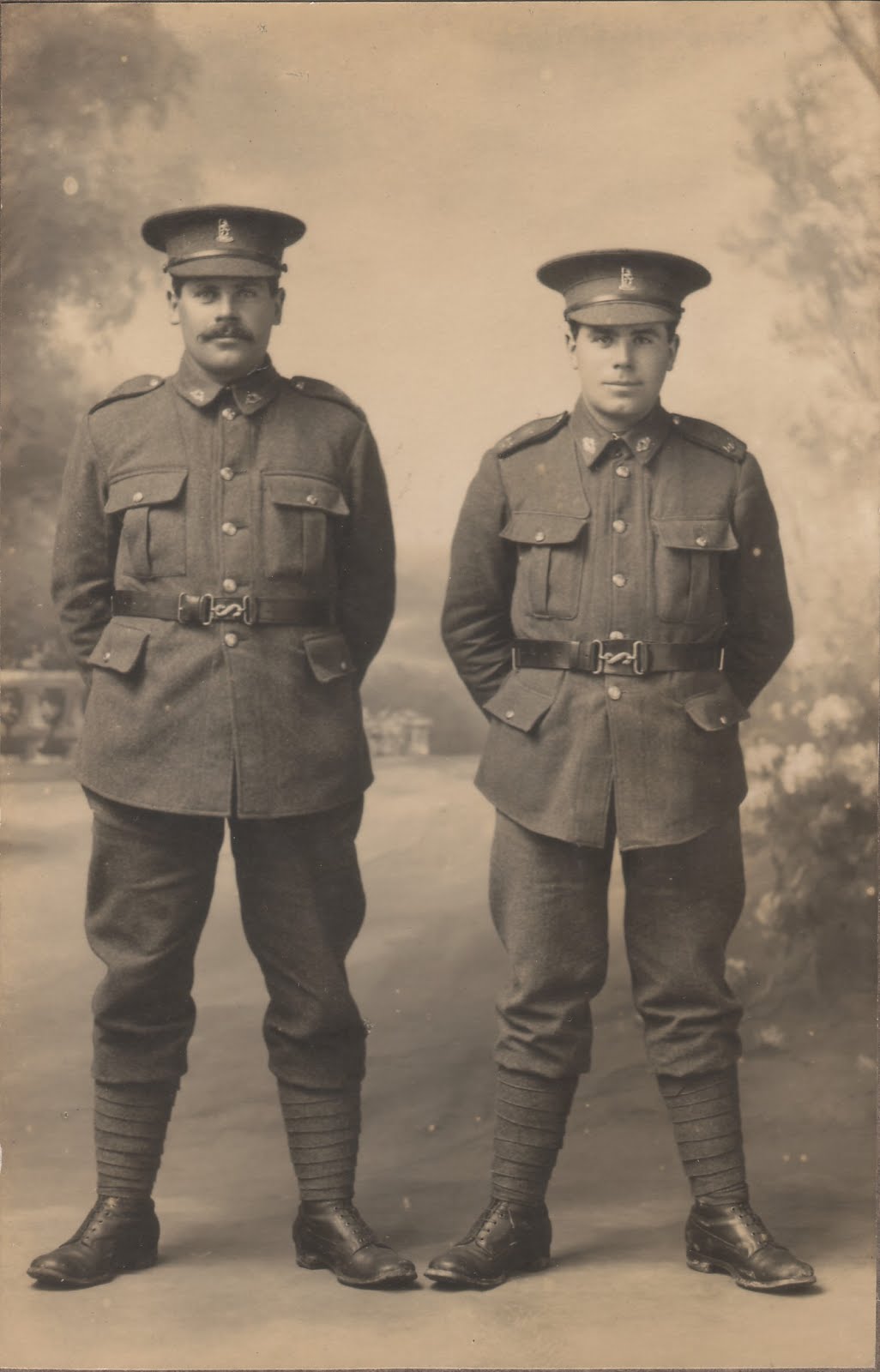 Below are the words from a postcard written by Adam to their sister Margaret on the 17th of May, 1917.  It is hard to believe that it was written only a couple of weeks before David’s death on the 7th of June.

“Dear Maggie, it is some time since I last wrote to you so will try and writ a few lines. We are having splendid weather now and everything is looking well. The crops have grown very fast this   last few weeks and will be pretty fair. It will be getting well on to winter with you now. I hope you don't have it as severe as we had it here, still the summer is making up for it was are all pretty well thawed out now. The Koi must be getting very short of men. George and old Jim will be about the only ones left but I suppose they will be called up by now too. Effie will feel lost for a while if George has to come but things will be getting serious if he has. Well I have no news so will close hoping this finds you all well as it leaves us at present. Davie joins me in love to you all. Your brother Addie.”

The Battle of Messines was an attempt by the Allies to capture the land southeast of Ypres, in order to gain control of the higher land and decrease the Germans’ tactical advantage while increasing their own.  It was the first time New Zealanders and Australians had fought side by side since the Gallipoli campaign in 1915.  Planning for the attack had taken a year, but the battle only took one day.  The Allies built 21 tunnels deep beneath German lines, filled with 455 tonnes of explosives.  At 3:10am on June the 7th, 1917, the explosives were detonated, killing about 10 000 Germans.  The largest of the mines created a crater 40 feet deep and 250 feet in diameter.  Shockwaves from the explosion were felt 20 miles away in Lille and were even reported to have been heard in London.  The infantry then advanced among the remaining Germans, reaching all set targets by midday.  The second phase of attack was launched at 3pm, reaching the second set of targets in just one hour.  Around 7000 Germans were captured by the Allies, as they were so disorientated by the immense explosions.  The Battle of Messines was seen as a major success for the Allied forces, despite their 26 000 casualties. 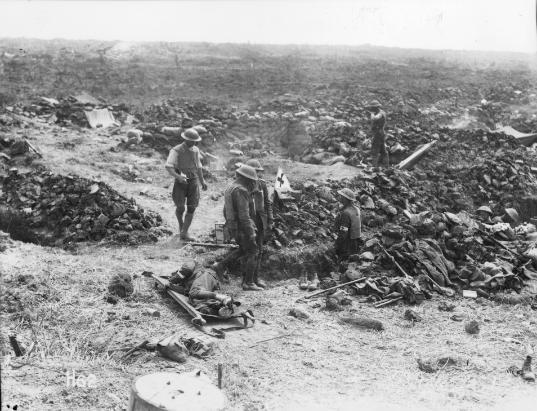 In this image you can clearly see the mass destruction caused by the explosions during the battle (Sourced from teara.govt.nz)

The Young Ambassadors will stay overnight in Messines on the 22nd of July.  It will be a very poignant experience visiting the place where the Anzacs had so much success, and to be in the location where so many lost their lives.  It makes it significantly more real knowing that a member of my own community was killed there; I would love to find the place of David Crawford’s memorial if I get a chance.  It will also be very interesting to see the craters of the colossal explosions which still remain today.

More in this category: « Literature and War! Connecting with my Community »
Login to post comments
back to top